This is an adventure game with a rich background story. Explore this amazing world, pass through different levels, fight enemies and bosses, and save the universe! 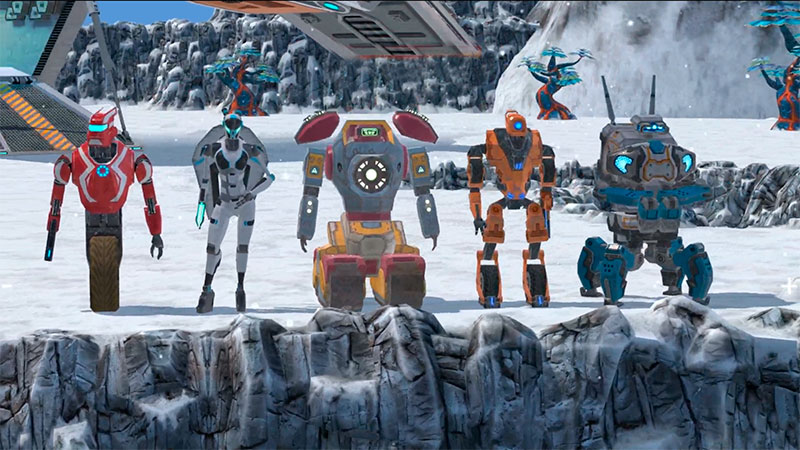 Once upon a time the Graati travelled across the galaxy to find a place to settle down. Eventually, the Graati found a star system they have been looking for many years. They settled down in the planets of this star system and lived there for many centuries while becoming great sages and holders of the universe knowledge. Finally, they have decided that they are ready for a great experiment. Soon enough, the Graati decided to make a creation called a Hypercube. The Hypercube stored all the knowledge of the Graati inside so that the Graati can pass on their knowledge to future generations. The hypercube has been successfully created and after filling it with the Graati knowledge it has become alive. 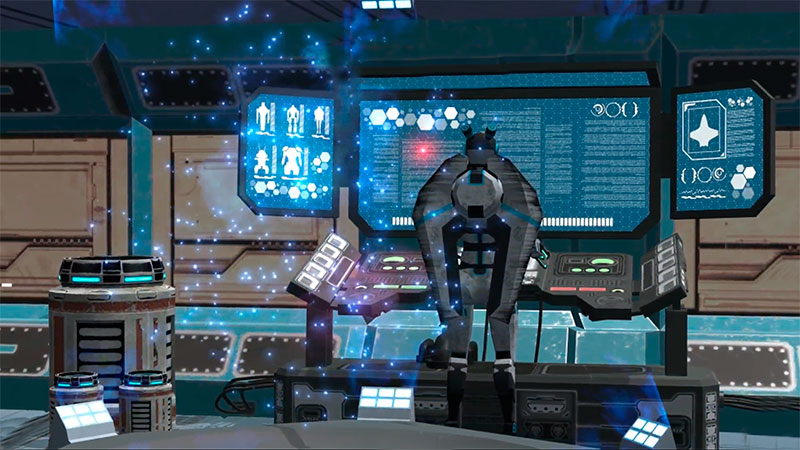 When the Graati have initiated the Hypercube annihilation sequence, the annihilating force was so strong that it collapsed into black hole, destroying the whole star system along with the Graati race. The Hypercube parts have spread across the universe, and the last Graati Guardians have begun their mission to gather all the Hypercube parts and rebuild it again. Only time will show if they succeed since Talatos with his DDRA robots is also seeking for the remaining parts of the great Hypercube… 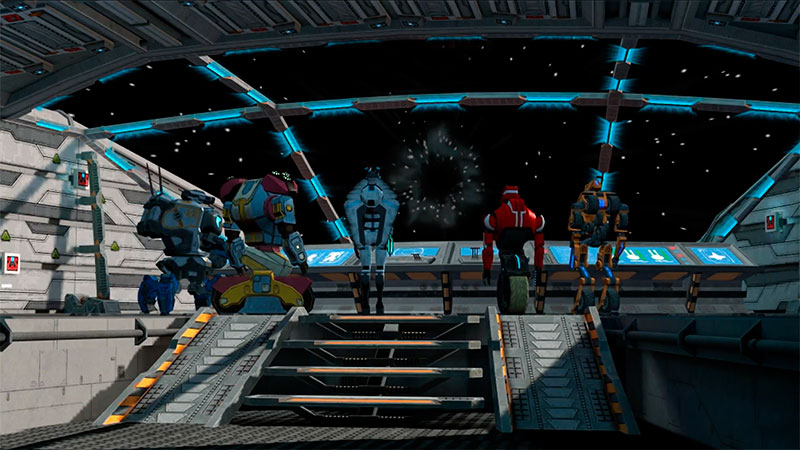 The Glimpses of the Hypercube Shatters

The Agra System in the Unyara Galaxy was born at the dawn of the universe and contained several planets that were not so friendly to biological lifeforms for about several billion years. Eventually, the system has been stabilized and the planets’ climates has changed so that they had become habitable to a new kind of lifeform that was never seen before. 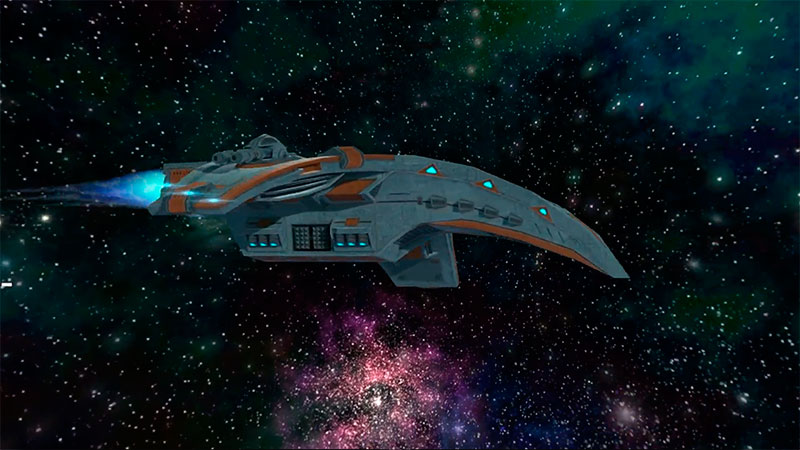 Some parts of the Hypercube have fallen onto these planets, creating new mechanical lifeforms. After a certain amount of time, these lifeforms have evolved into five different kinds of robotic races. Each robotic race has been adapted to the planets’ environments. The robots have been busy sanctifying the planets, cleaning the biological garbage, supporting the biological lifeforms, and developing their own colonies. They were the keepers of their worlds.

But one day everything changed when hundreds and thousands of invader ships descended from the sky. These ships contained DDRA invaders seeking for the remaining parts of the Hypercube. The robots hoped for peace with the invaders. They gave gifts to the DDRA, but DDRA did not care for the gifts. Instead, DDRA wanted the Hypercube parts and would not stop at anything to get them. They started blasting the robots, and the robots on the planets were only able trying to escape since all of the robots were unarmed. Several hours later, almost all the robots on these planets have been captured. Some have tried to escape but have been found and terminated. Nevertheless, a small group of robots have managed to send a distress call, which was their only hope for help. The captured robots have been forced to mine a valuable Kopisaar mineral. They have been mercilessly exploited and killed by DDRA, but DDRA’s hunger for the mineral only increased. They did not want to leave until every last piece of the valuable mineral is mined and until they find all the pieces of the Hypercube on these planets.

It was a frosty morning, and there was a light snowfall. The squad of Graati Guardians silently looked at a small settlement a little way from an open pit, which glowed from the Kopisaar mineral’s soft light. There were machines that were collecting large batches of the Kopisaar mineral. The heroes looked at each other and moved to fulfill their rescue mission. Hold on, we are already nearby… 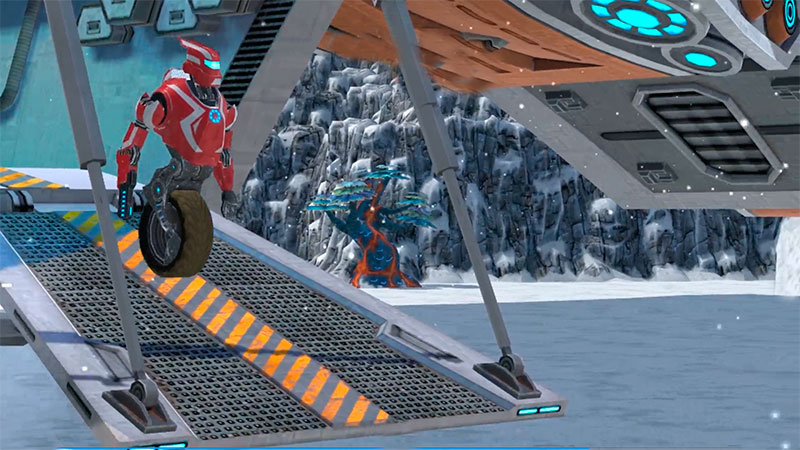 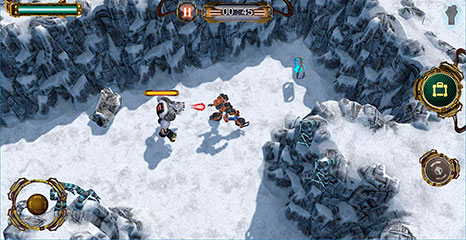 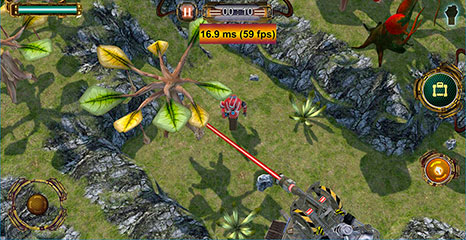 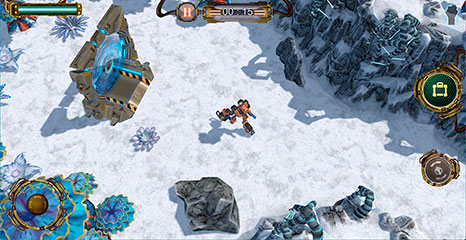 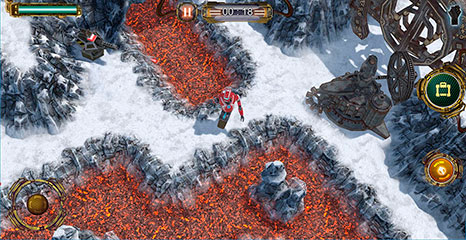 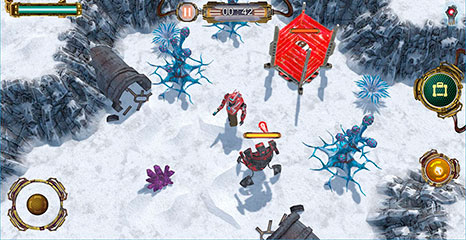 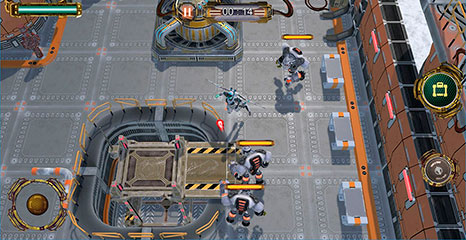 We are a small indie game development team based in Kharkov, Ukraine. The team consists of 8 team members who are true fans of gaming industry and we constantly grow our team. We are inspired to create the best games in the world and we do not want to create new clones of any existing games on the market because we hate clones! We create innovative, unique and exciting games for our community. We respect our community and gamers community and want to bring you an unlimited experience in gaming. We hope that you will enjoy playing our games and we are ready to excite and bring unforgettable gaming entertainment to you!